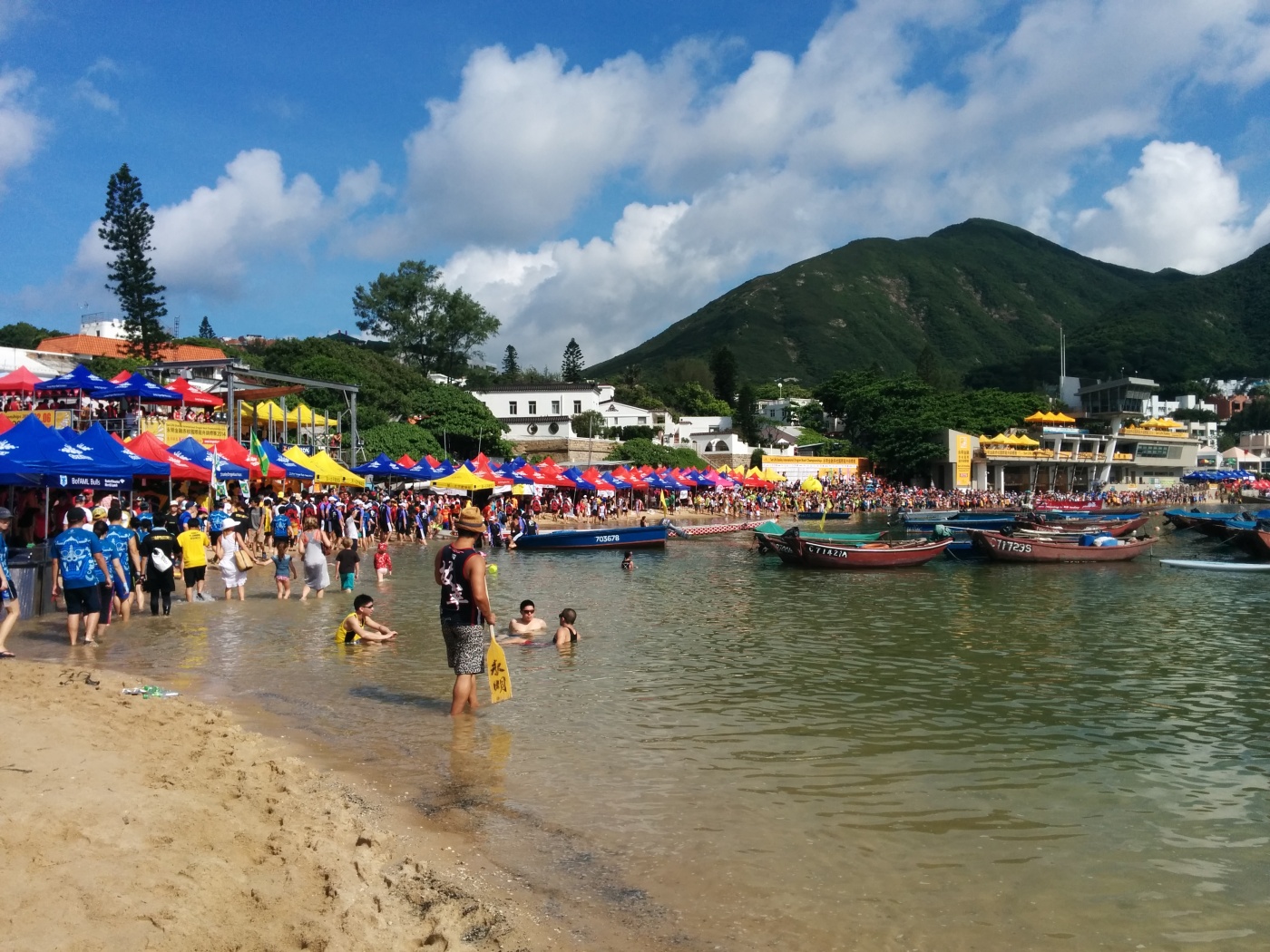 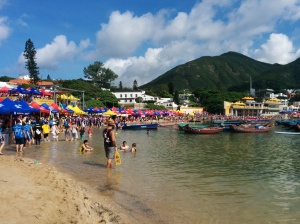 On Monday, we spent the hours from 8AM to 9PM in Stanley, on the south side of Hong Kong Island, most of it in the sun on the beach. It was a public holiday, this time in honor of the annual Dragon Boat Festival. Last year I took off to Taipei, but this year I was actually paddling away with the dragon boat team. Through a day of constant, futile application of sunscreen, limited toilet facilities, scorching heat, and dense crowds to rival Causeway Bay on a Sunday, we had a fantastic time. 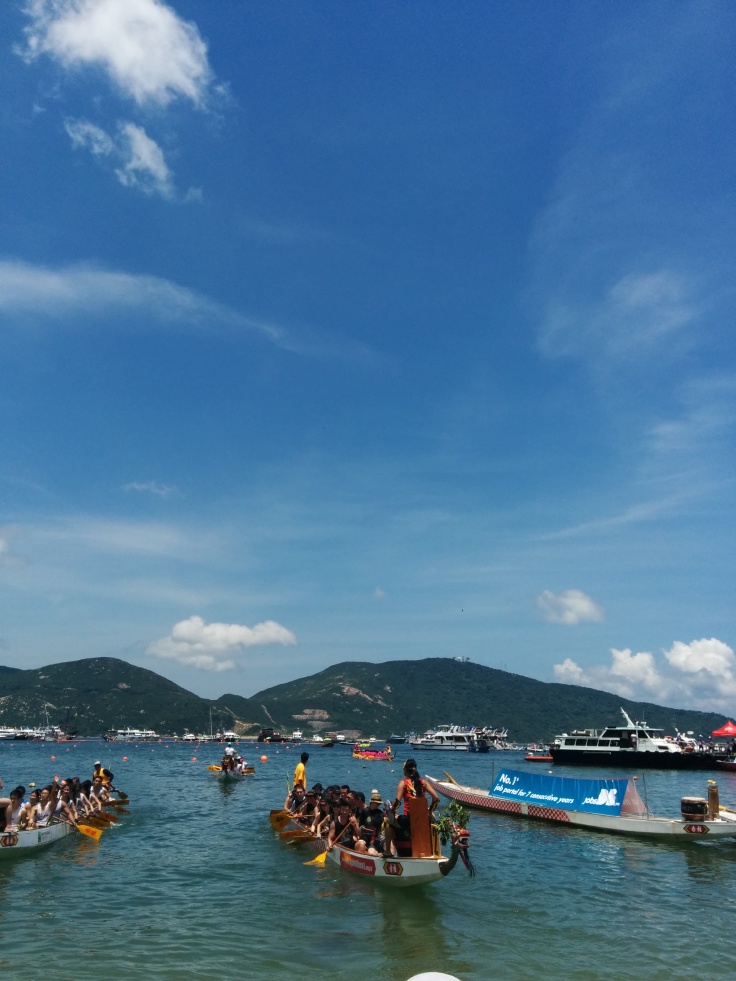 At 8AM, the tide was high, and the beach was small. A RedBull bar was stationed in the water in the morning a few tents away from us. We collected the energy drinks, using them (after being dowsed in a bucket of ice) to re-energize after hours in the sun.  As the day wore on, the tide went out and the beach doubled in size (the Red Bull bar was 10 meters away from the lapping waves) but stayed just as crowded.

The races were all 270 meters: fast and intense. Each boat on our team had three races: prelims, semis, and finals. We came away with some hardware, and some sunburn. Motivational speeches and races, alternated with games, and attempts to stay cool with icey water guns. The races were interrupted midday by a costume contest, which we placed 5th in thanks to a Transformers costume set from our resident toy industry expert, JV.

Then at 2:30 they had some requisite speeches and the “eye opening ceremony” for the dragon boats. This entailed hoards of people with expensive cameras crowding as close to the boats as they could while marshals moved them away to make room for the activity. Eminent sponsors then came round with trays of leaves, hollowed ginger root filled with red paint, and a paint

brush for the pupils of the dragons. Once painted, the paddlers sitting in the boats, ready for the next race, reenacted the beating of the water from the origin myth. To save the drowned poet, from evil spirits and fish, they beat the waves with paddles and sound the drums and throw zongzi in the water. Paddlers cheered and churned the ocean, splashing and bringing their boats into shore and back out again for 5 minutes, sufficiently scaring away the demons.

After the last final and a quick rinse, we all head over to Stanley’s main street for general fun. There was pizza, beer, jello shots, blaring music and the ocean. A rather raucous evening of athletes and spectators crowding around outside, there were times when people made ill-advised climbing decisions, and there was plenty of drinking from trophies won earlier in the day.

After 2 hours of the party, I made my way home. Exhausted from the sun and racing and revelry, I am sure I was asleep by 10. It is also a certainty that it is most fun to experience the day by actually paddling in a boat, and end it with a nice cold beverage and a hearty slice of pizza.

One thought on “Dragon Boat Festival”