There are 10,436 restaurants on Hong Kong Island according to Open Rice. There may be less than that, because sometimes they have closed listings. There are 12,628 listed in All of Kowloon. 9,130 restaurants in all of the New Territories. The outlying islands only have 831. That generous estimate amounts to 33,025 restaurants in the entire SAR. According to the World Bank the population of Hong Kong is 7,071,600. That is 214 people per restaurant. As a rough estimate.

If you go to any restaurant there is minimal wait, and they’re normally full after 7PM. If you get to a restaurant before 7, you don’t have to wait at all, but 30 minutes later, the restaurant will be packed, with a line outside.

The restaurants are everywhere. Lining street level sidewalks, taking up entire upper level floors. In one building there will be two ground floor restaurants, a few jewelry shops, a bank, and five restaurants on floors 1-6. We once accidentally got off on the wrong floor on the way to aKorean BBQ, and it took us until after we were seated to realize they were serving Dim Sum. 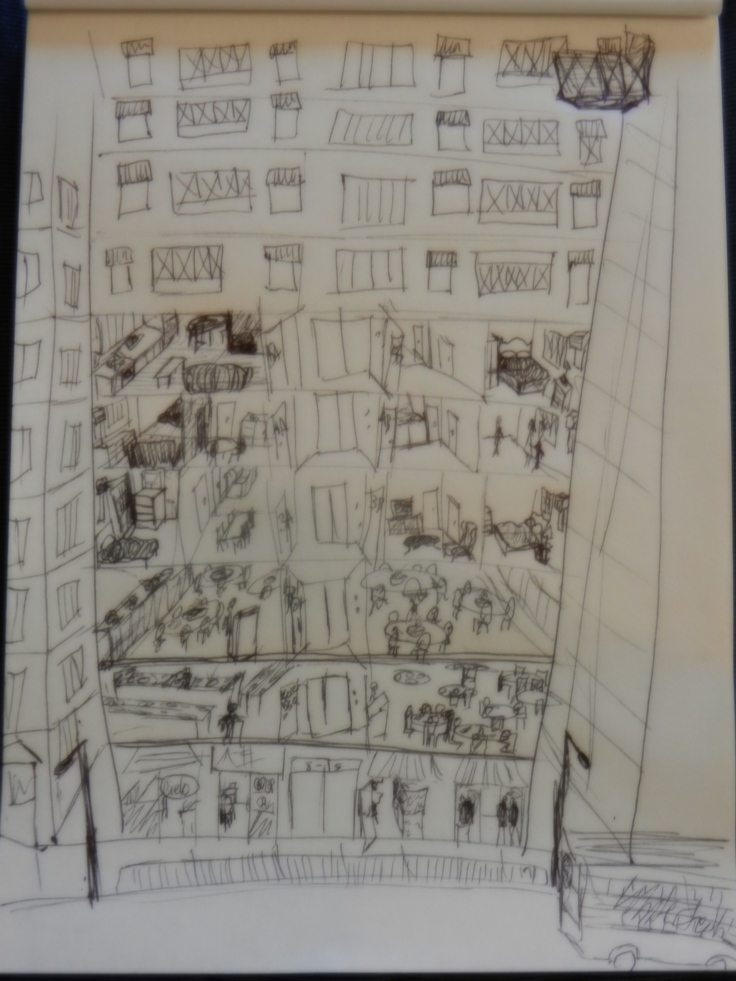 When we were viewing apartments, only 1 out of 10 had a built in oven, and about 8/10 had a built in stove with at least 1 burner. It is difficult to find a kitchen with sufficient spacious kitchen, much less

All of my coworkers claim to never or rarely cook. Only for special occasions.

I love to cook; I make breakfast every morning and we cook dinner twice a week (usually). Other than that, I go to restaurants. I used to cook dinner 5 nights a week. The entire time I lived in Turkey, and when I spent time in the US after graduating, I cooked more frequently. Now there isn’t as much time and there isn’t as much space. Plans happen rapidly in this city and somehow the time gets filled.

And eating out is so cheap. I can have a reasonable meal for 30 HKD (about 4 USD) or I can go to a fancier restaurant and spend 100 HKD or so. There are obviously more expensive options, but the easiest way to eat is to get take away from a local place. It’s also pretty delicious. There are these fantastic BBQ pork buns at the local dimsum place, and great schezwan food next door, and of course delightful burgers down the street. Why would I cook with such easy options?

There is also simply not enough room to cook in an average flat. Of 25 floors in my building, there are probably 70 households, and probably half of them cook dinner once during the week. The other half goes to one of the 30 restaurants on our block every night, thereby supporting the local businesses.

I love experimenting with food, cooking old recipes, and making chili on a weekly basis. But sometimes city living makes the other option too easy.