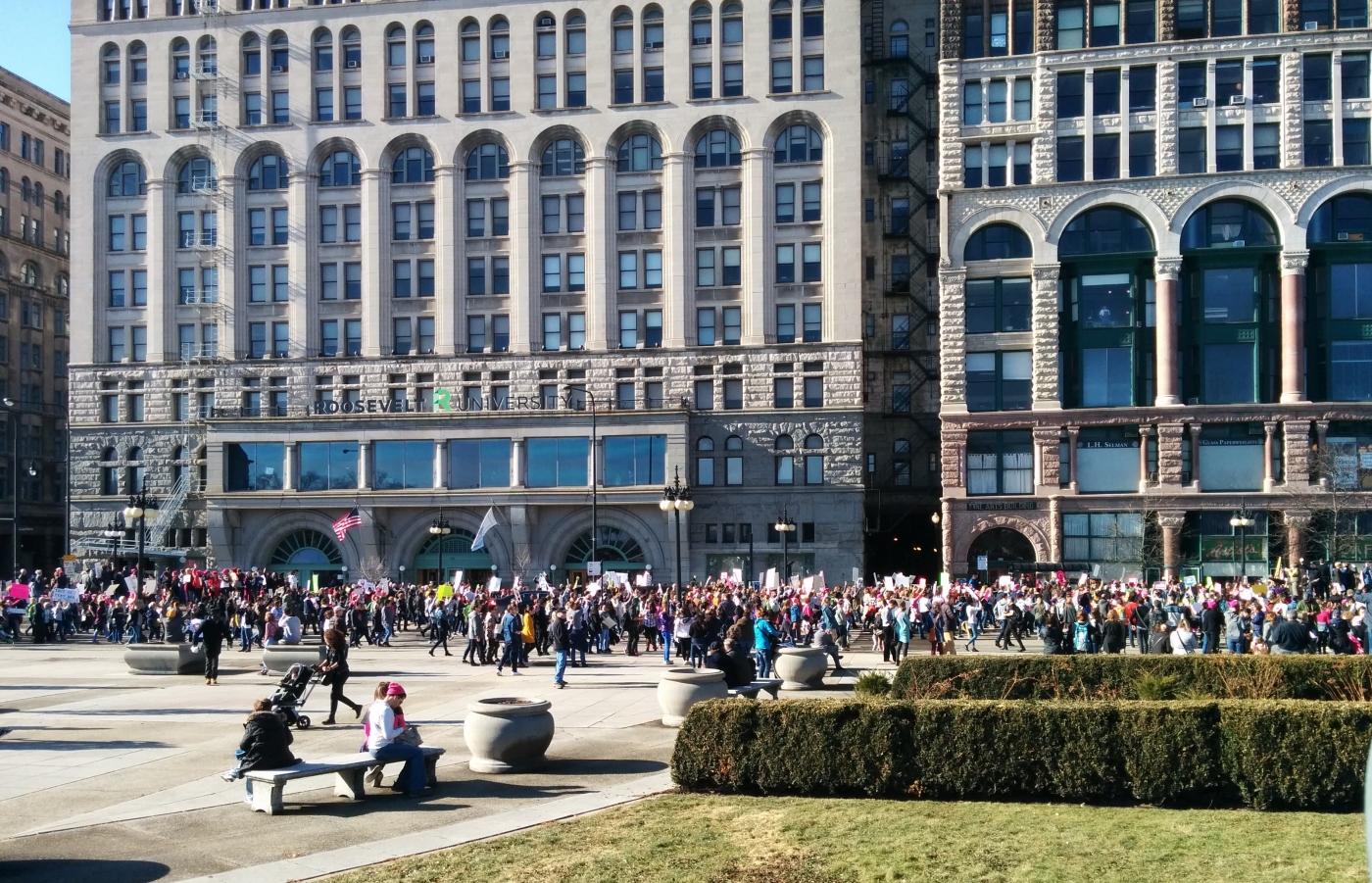 About a year ago, I started training to become a volunteer advocate with Rape Victim Advocates—a rape crisis center in Chicago. Today, after being on-call all night for RVA after well over 300 hours of on-call nights, training courses, and volunteer organization with them, I’ve been reflecting on what I’ve done in the past year and how I’ve grown.

I’ve realized that because I’ve gotten more involved in my community and took on a couple leadership opportunities, I’ve found some incredible friendships [and I got to adopt a cat!]. I am surrounded by truly incredible people who are committed to improving the world around them and who are also committed to supporting their friends, making terrible jokes, learning about the world, and having random adventures.

Among the friends who I’ve become closer to or met this year are women who tutor youth in Chicago, who volunteer at crisis centers, who escort women at abortion clinics, who volunteer through their churches, who support local journalism, who advocate for racial equity, and who organize for global causes.

And this day last year, I think all of us went to the Women’s March. One year later, some did and some didn’t; they were either excited about the mass of support for women’s rights at the March, or they had other priorities today.

As for me, instead of going to the Women’s March today: I spent a night on call for a RVA, volunteered with my alumni network, and then wrote this and snuggled my cat. And I think that’s a little emblematic of my approach in the past year: I’m making efforts to do sustainable work and become more involved in my community long term through small acts and making commitments that I can honor. Right now that means going to hospitals with survivors of assault, planning volunteer events on a committee, doing community prevention education events, and supporting my friends in their commitments.

But one of the small things I’ve been accidentally doing is a little more controversial. In the past year I have also been a teeeensy bit [a lot] more ready to call people out for things that are inadvertently (or advertently) problematic. After immersing myself in a intersectional and feminist issue so fully, I have been letting very little slide. It’s definitely caused some hard conversations, but also some great conversations. And sometimes I do it badly. But without fail, it is not because I think the person I’ve called out is terrible, it’s because I know they’re not. I’m surrounded by great people, and I’m grateful that I’ve learned from them too, by making mistakes and being held to higher standards than I deserve.

If anyone is wondering, if I call you out on something it’s because I make the following assumptions about you:

I hope the feeling is mutual.

In other news: I’m also training for a marathon, and, of course, I’ll keep having a cat.